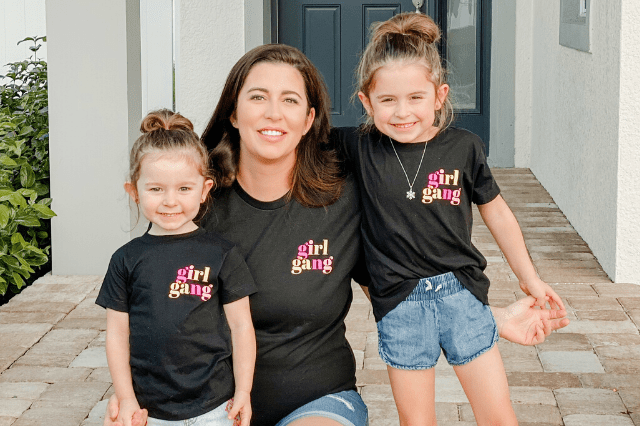 So it’s time for me to make an announcement. One that I never thought I would be making. I’ve emotionally had to process this whole thing for some time.

Unfortunately, I have been duped, deceived…I just feel like I’ve been lied to. My SneakPeek test results were wrong. I put my trust into a company that was supposedly reliable and only to learn that after doing some research- I’m not the first to have this happen to them. I’ve learned that there are many like me.

I will start by saying that I am so very grateful to be carrying a healthy baby. I am so lucky that I have been blessed with the ability to create another life.

So I’ll get to it! A few weeks ago we were doing a routine ultrasound. The tech asked if we wanted to know the sex of the baby. We said that we already had a blood test, we are having a baby boy, but a visual confirmation would be appreciated.

The entire time we were doing the anatomy scan I kept seeing her go over the area and then back. After what felt like forever, she said “I can’t say with 100% confirmation…but I’m sorry to tell you, I think that your blood test was incorrect.”

I was immediately in denial. I was crushed. I was devastated.

She must be wrong! She has to be wrong! It must’ve been the angle. Let’s scan again. I blurted out, this can’t be. The company said that they were 99.1% accurate with their tests. I did the test completely correct. I followed all the instructions to the T. My husband never even touched the box. He wasn’t even home when I took the test. There are no other males in my house that could’ve skewed the test. We had a gender reveal party, with all of our friends and family. We shot blue confetti into the sky for freaking sake. How is this possible?

The tech stated that we could do another scan but it wouldn’t be possible for a few weeks because of the holidays. I was then moved into an exam room to meet with the doctor. My husband left for work. I sat there numb and staring off into space. A nurse came in to take my blood pressure and asked if I was okay. The flood gates opened. I was sobbing uncontrollably. I kept apologizing to the nurse, because in the back of my mind I thought, what if she is currently struggling to get pregnant and here I am complaining about which one I got. She kept saying I didn’t need to be sorry. That my feelings were valid and understandable. She went on to tell me she had 2 girls and a little boy.

Shortly after I managed to somewhat compose myself the Doctor came in. It wasn’t my usual Doctor, it was one from his practice. I’d never met this one before. He saw my face and had heard about my breakdown. My guess is that this wasn’t his first rodeo, but also the bedside manner could’ve used some work. I was basically scolded for even using “one of those tests” and told how I never should’ve relied on such a thing. Ghee, thanks.

Well crap, it’s been 5 mins. I don’t know. No freaking clue. Why would you ask me that? Who knows? Yes we’re done, but wait should we try again. Ahhhhhh! Now cue the additional tears. He then said I didn’t need to make up my mind at this present moment, but I needed to make up my mind soon. He proceeded to remind me about how this decision was definite and there was no turning back. I completed the rest of the routine questions and went to cry in my car. I called a local imaging center and asked for them to please make time to see me ASAP.

They were gracious enough to agree to see me the next morning. I went into their office still in denial. This baby could still be a boy, she did say she couldn’t with 100% certainty after all. I went into the room hoping for the best (the tech before was wrong), yet expecting the obvious. Sure enough, there on that 5 foot projection screen there it was. A beautiful healthy baby girl. She was perfect. I became flooded with emotions all over again. The tech consoled me and held my hand. She then began to tell me that she actually had 2 sisters. That her sisters were the most amazing people on earth. That she recently lost her husband and father to her young child and that without her two sisters she could not have gotten through it.

At this point, we were both crying. I had gotten up to just hug her. I wanted to hold her and make her tears go away. She apologized for sharing her story and that she didn’t mean to upset me. I apologized to her for being so wrapped up in a gender and not thinking of the blessing that was right in front of me. My poor husband was in the corner of the room not knowing who to pass the tissues to and who to console. I composed myself and walked to my car. My husband again left to return to his day at work. I just sat in my car.

All I could think about was I’ve been lied to about this baby. For over 3 months I thought I was having a baby boy. I had been bonding with this baby boy. I was talking to him, picking out names and creating fictional scenarios with my baby boy. I was picking out boy clothes and pinning baby boy nurseries on Pinterest. I felt like I was now mourning a baby that I never had while still carrying a very healthy baby.

The feelings were so confusing and frustrating. I just felt conned, lied to and mislead. It wasn’t fair that this company could do this to people. In researching more I learned that I was one of so many. The SneakPeek test was not what it claimed to be. I reached out to them and was initially offered to buy a new test at a holiday discounted price.

ARE YOU FREAKING KIDDING ME! F- NO!

Overall, I can say that I am still upset with the company, not with the gender of my baby. I am excited to be carrying a healthy baby and now in the process of picking out gender neutral names (just in case, jk but not). I still have not yet made the decision on whether or not I will be tying my tubes and closing up shop.

Our house will remain a girl gang, at least for now.