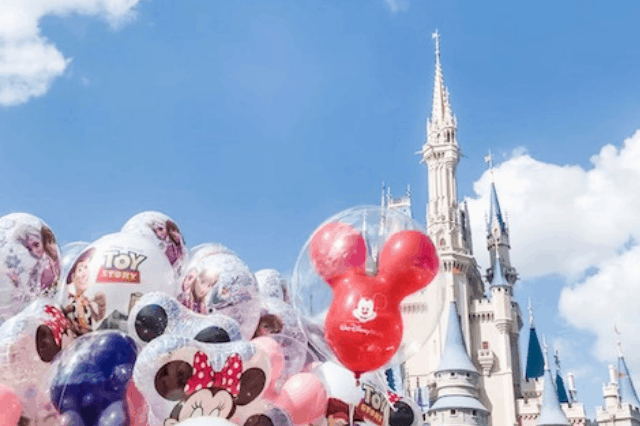 Planning a trip for your family can get tricky when you have children of multiple ages. Disney World is one place that caters to families trying to make memories as a unit. Many of the attractions make it easy for riders of all ages to participate. Now, we can’t guarantee that your teens will stick with you during the whole park day at Disney World, but we can make sure you that you have some great family friendly options that will have toddlers and teens alike saying, “Let’s do that again!”

Toy Story Mania was the springboard for what is now Toy Story Land. This ride has a carnival game theme that makes you feel as if you are one of Andy’s toys. Hop on a carnival tram and put on a pair of 3D glasses as you glide and spin your way through 5 different mini games based off of classic carnival midway games. Guests use the canon on the tram to earn points, and scores are visible on the center console.

Toy Story Mania, and Toy Story Land in general, are extremely popular right now at Disney World, so if you don’t manage to get a FastPass+ for this ride, no worries! Disney has made the standby line pretty fun. There are a variety of nostalgic toys to view that are larger than life to give you the feeling of being a small toy: Scrabble board, View Master, and even a talking Mr. Potato Head! The ride and queue are also indoors, which can be a relief on hot, Florida days. Ride is about 8 minutes long and doesn’t have a height requirement.

Magic Kingdom may be one of the most popular Disney parks, but there is a reason for that, it has Space Mountain. While the littlest ones may not find this ride a walk in the park, the bigger kids will love it. Journey to outer space in a rocket ship, that reaches speeds of 28 miles per hour. The peak of the mountain is 180 feet in the air and comes with drops and turns all while being in the darkness of space. Be on the lookout for shooting stars! There is a height requirement of 44 inches or taller, so keep this in mind as you schedule your FastPass+ for the this amazing 3 minute ride!

Even though this ride is one of the oldest in the park, it remains a crowd favorite. Guests of all ages board an enchanted pirate ship and are swept away from the Darling nursery. You will soar high above London, get breathtaking views of the sleeping town, as well as London Bridge and Big Ben. Finally, you arrive in Never Land Island. Witness Peter’s adventure with the Darling children and the Lost Boys as they battle Captain Hook and his crew.

The ride lasts approximately 2 minutes and is indoors. If you are unable to snag a FastPass+ for this ride, be prepared for a wait! Peter Pan’s Flight is known for its long wait times due to its popularity, as well as slower boarding times. Luckily, the queue is now covered and has a

Darling house theme to give guests some comfort and distraction from the elements during the wait.

Talk about a must do! This ride was made for the New York’s World Fair in 1964. Disneyland has the original but Walt Disney World’s version is pretty close to that design. It is a water based boat ride that is hosted by adorable, singing children from around the world. Ok, so the children are actually dolls, but they are still adorable. There are over 300 dolls and they are dressed in costume and represent more than 100 nations globally. The boat is slow, and gentle so this ride is safe for all ages. There are FastPass+ available for this ride but the line moves pretty quickly. This is another, classic WDW ride that has been here since opening in 1971. Caution: you may have this song stuck in your head for the duration of your trip! Ride is about 11 minutes long.

Ever been on an African safari? You don’t have to travel out of the USA to do it! Animal Kingdom’s Safari Expedition gets you up close to wild, African animals on a savanna, all while traveling safely in an open safari vehicle. The driver offers fun facts and points out the animals you will see, which includes: okpai, warthogs, wildebeest, hippos, crocodiles, hyenas, elephants, lions, and giraffe. In 2016, Animal Kingdom began offering Night Safaris again. This was previously only available during the holiday season in the late 90s. This is a fun time to go because all of the animals sounds come to life and it’s easy to imagine that you are no longer in Disney World! The safari has very long standby times if you don’t book a FastPass+ but the payoff is worth it because the ride lasts about 22 minutes! There are 32 seats available per vehicle, so if you’re traveling with a large party, this is one ride you can do together! Fun for all ages.

Some of my favorite Disney gear for the family:

If the hustle and bustle of Toy Story Land is too much excitement for you, you can still get your Toy Story fix in Tomorrowland. Join Buzz as you go on a mission against Evil Emperor Zurg. As a junior Space Ranger, you must stop Zurg from stealing batteries that belong to the Little Green Mens’ space cruisers. While battling robots, you will use your canon to earn points while you fly through space. Star Command needs you! The vehicles are slow loading and hold 2-3 guest each. Ride is about 5 minutes.

(7) The Seas with Nemo and Friends (Epcot)

You better believe that Epcot has its fun too! Families of all sizes enjoy this ride. There are no official height requirements, which make it even more fun! While there are FastPass+, you’ll be happy to know that the line moves rather fast, which makes this ride even better. You’ll be cruising, with your family, in a clam, which moves along as you view and experience an amazing underwater adventure with Nemo, Marlin and Dory. The cool thing about this ride is that the characters are “swimming” in a real aquarium that guests can view upon exiting the clam. Ride is about 5 minutes and each clam holds 2-3 riders.